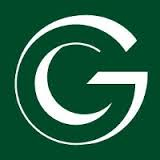 New Study: Instead of Spending Down Assets, Eight in Ten Retirees Expect to Maintain or Grow their Investments

Washington, DC, April 12, 2016 – A new survey finds that retirees continue to rely extensively on sources of income that are guaranteed for life instead of spending down non-guaranteed assets. In fact, half of retirees expect to grow their assets over the next decade, while another three in ten expect to keep their non-guaranteed assets at a constant level.

The study, the 2nd Annual Guaranteed Lifetime Income Study, also found that retirees put a high value on guaranteed lifetime income (GLI) in addition to Social Security. Almost half spend at least $3,500 a month from guaranteed sources of income, such as Social Security, pensions and annuities, but nearly as many – 41 percent – do not spend any money at all from their non-guaranteed assets.

“Our findings demonstrate that most retirees reject the ‘life cycle theory’ generally favored by economists and endorsed by many financial planners,” said study author Mathew Greenwald, President & CEO of Greenwald & Associates. “That theory predicts that when people retire they want to systematically spend down their assets. We found that most retirees feel it’s important to preserve their asset levels if they can and many cut spending to do it.”

The 2nd Annual Guaranteed Lifetime Income Study was released by the leading market research firm Greenwald & Associates and CANNEX, an independent provider of data and information to the financial services industry. They surveyed consumers aged 55 to 75 who have at least $100,000 of investable assets.

“Once they retire and stop earning income from work”, Greenwald says, “people are most comfortable getting income from a ‘renewable financial source’ which provides lifetime income that cannot be outlived, such as Social Security, pensions and annuities.”

“This survey indicates that many people think their asset level is quite important, but most do not define a guaranteed stream of income for life as an asset when they calculate how much money they have,” said Gary Baker, President of CANNEX USA. “This type of thinking deters many from supplementing their Social Security income with annuity income for life which could help optimize their portfolios.”

While some annuities do offer GLI, many pre-retirees and retirees are not familiar with these financial products. Further, the survey found that understanding of financial products that guarantee lifetime income is low. For example, only 15 percent know that annual payments from immediate annuities are higher than payments from the highest rated bonds. Also, only 32 percent know that immediate annuities generally cost less for those who purchase them later in life.

In addition, many consumers avoid annuities for fear of not having access to their money should they need it. Fully 90 percent of those without annuities that offer GLI identify “access to money” as a reason for not owning one. The common desire to preserve assets is clearly also a desire to preserve to assets.

Another key finding: women have greater interest in purchasing annuities that offer GLI. Nearly 7 in 10 women say that purchasing an annuity is an appealing strategy to generate retirement income; only 57 percent of men say the same. However, women are more likely to worry about the company offering the annuity and to feel like they don’t know enough about the products.

“Women tend to live longer than men and married women are very likely to outlive their husbands,” Greenwald said. “This clearly makes the financial protection of guaranteed lifetime income especially salient to them.”

Additional key findings of the Guaranteed Lifetime Income Study include:

The 2nd Annual Guaranteed Lifetime Income Study, along with supporting materials, is available at www.greenwaldresearch.com and www.cannex.com.

Greenwald & Associates is a market research firm that has focused on research on retirement. The firm has partnered with the Employee Benefit Research Institute since

1991 to conduct annual Retirement Confidence Surveys of Americans and has conducted the Risk and Process of Retirement Survey for the Society of Actuaries biennially since 2001. Founded in 1985, Greenwald & Associates has conducted research for well over 100 of the nation’s largest financial services companies. For more information on the firm visit www.greenwaldresearch.com.